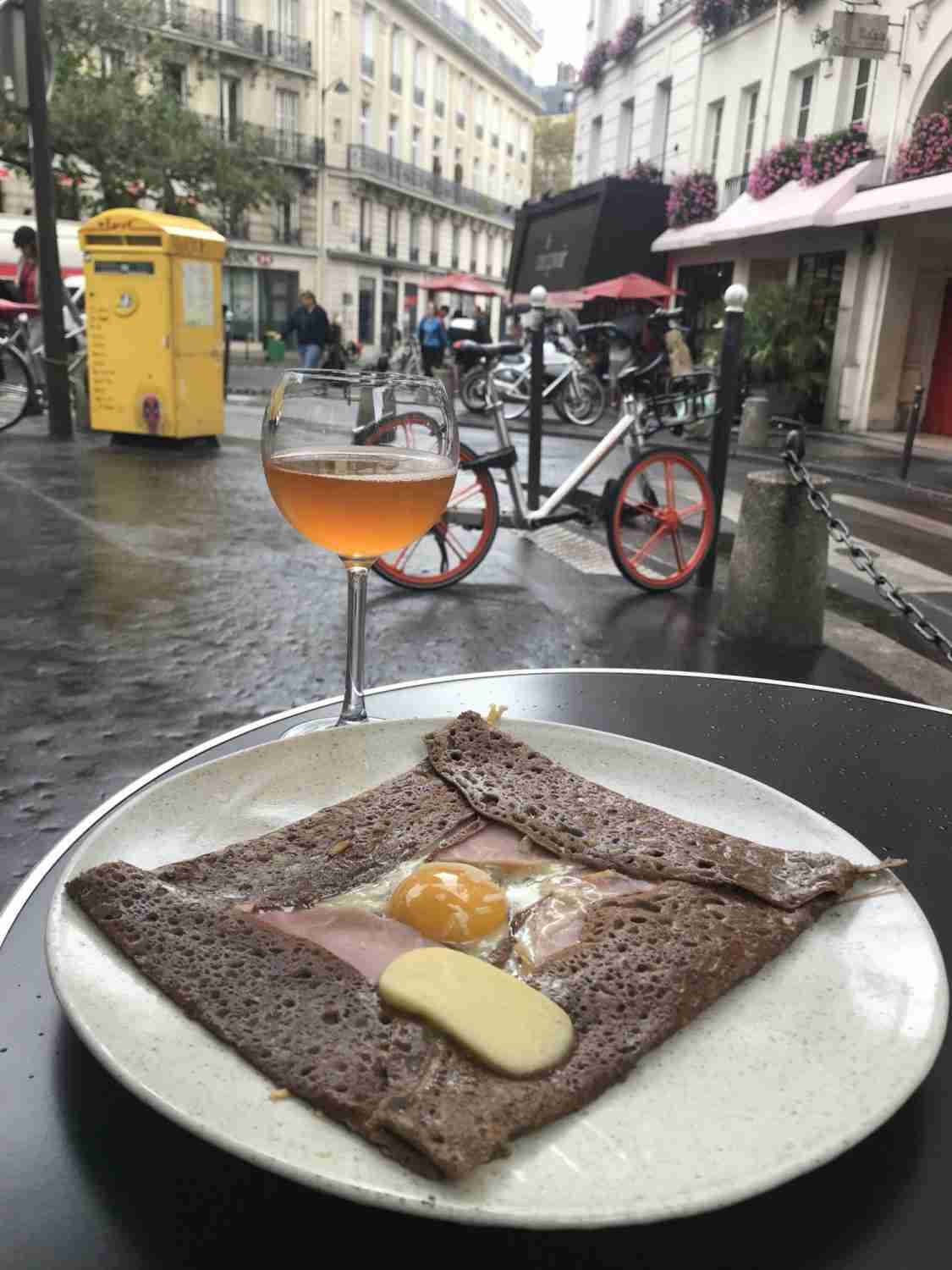 Sundays in Paris are quiet and a little lonely. After a week with my grandma, and two days with my friend Emily today in Paris I woke up all alone, just me and the feeling of an approaching ending.

Sundays in France are a family day. Many stores are closed, and the restaurants that aren’t shuttered are filled with big groups of friends and families having 3 hour brunches in the sunshine. And you know, cheers to them. But not for me.

Before launching this trip, I had planned to ease myself into it. While the whole idea of a year-long solo vacation is definitely incredibly decadent, it’s also by nature isolating at times.

Also it’s basically the polar opposite of my life before: a steady job at a 100-year-old insurance company.

So I began with my family in Ireland. Then I headed to France, a country where I’ve traveled before (not a lot of countries on that list!) and can attempt to speak the language. Then a month in Paris, my third time here in a familiar city, though in a new neighborhood.

And through Paris, I had company! For almost half my time here, I had two people I love with me.

Tomorrow is my last full day in Paris.

I’ve done all my chores today (mostly cleaning my AirBnB top to bottom to avoid cleaning fees) and am heading to bed early so I can just be decadent tomorrow.

Maybe I will go have a Last Night in Paris at the Hemingway Bar in the Ritz? And I’m definitely having a long, enormous lunch somewhere lovely. And walking along the Seine and drinking a café.

But this is a year that will see lots of endings, as well as beginnings. This is the first time I’ve been this sad about it, as all those French café-sitters today reminded me.

Now I won’t see my peeps until Christmas. Now I’m heading off to places I don’t know the language or the customs (although maybe my ancient Greek will be useful in Greece? (lol no)). Now I’m leaving a place I could see myself living in forever.

This is where the adventure really begins.