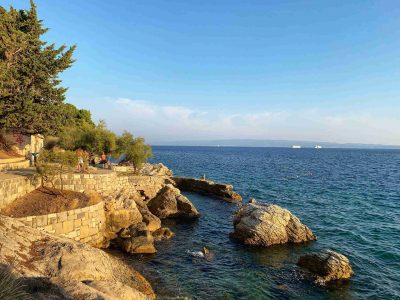 Croatia might be a bit off the well-worn European travel path for many Americans – memories of the former Yugoslavia can still resonate in our imagination. But it’s one of my favorite countries for solo female travel. It’s safe, it’s welcoming, and it’s so, so beautiful. You can’t miss it. Here’s why Croatia solo travel is incredible.

Why You Should Travel to Croatia

Croatia is a beautiful country, all the way from Dubrovnik in the south to the northern capital of Zagreb. It has a pretty and extensive coastline on the Adriatic Sea, which is clear and warm and inviting. The ancient history here is epic – from the ancient Roman province of Dalmatia to Italian conquests and a role in both world wars to the history of Yugoslavia.

Croatia declared its independence in 1991 and is now a flourishing and inviting country.

With the mix of Italian and Balkan influence on the food, it’s always easy to get a good meal here. The pizza is incredible, the wine regions are some of the oldest in the world, and the prosciutto is heavenly. Plus most cities have big fresh markets where you can buy great produce right from the farmers themselves. And like most places in the Mediterranean, the olive oil flows freely and is delicious.

But there’s more than just great food here (though let’s be honest – that’s a large part of why I travel).

Croatia has miles of beautiful beaches with warm, calm water for floating in. It has thousands of years of history, from Diocletian’s Palace in Split to the Old Town of Dubrovnik to the modern history of Zagreb. It has lots of outdoorsy activities and hikes you can go on (so I hear, since I definitely do not hike), and plenty of cafes to while away the hours sipping a macchiato and reading. It’s a little bit of everything.

8 Things You Need to Know Before Going to Croatia

Croatia is a perfect country to travel alone in. It’s inexpensive enough that doing things by yourself isn’t cost-prohibitive. It has friendly but not overly nosy people, who will treat you kindly without asking you a hundred questions about why your father/husband/boyfriend/isn’t here… seriously you’re all alone?! Sigh. We already get that in lots of places. This isn’t one of them.

Croatia is also really easy to navigate alone. It’s a challenging language to learn, but most Croatians speak at least a little bit of English, so if you learn a few key words of Croatian you will get by just fine.

Moving around the country is easy and cheap for solo female travelers. The buses in Croatia are frequent, inexpensive, and reliable for traveling between cities. I hear there are trains, but I’ve not taken one myself since the buses are so easy. And ferries between the islands, which make up a lot of Croatia, are the same – lovely, not pricey, and reliable. The public transport in cities like Zagreb and Split is also frequent and good.

Overall, it’s a place that’s easy to get around on your own, which is great for less-experienced solo travelers.

Don’t miss: How I Became a Fearless Solo Female Traveler

Since Croatia gets a lot of European tourists, it’s not unusual to see backpackers trudging through the streets or people dining out alone. It makes it easy to blend in a little, which I’ve always found to make solo travel life simpler. In places like Bulgaria and Montenegro, I got stared at lot for going places on my own, but this hasn’t happened to me in two months of living in Croatia at all.

Traveling Solo as a Woman in Croatia

Croatia is definitely a dream for women traveling alone.

Crime is very low – of course, watch your bag in major tourist attractions like you would in any city – so I have felt confident wandering around at all hours alone. One of my favorite memories of overcrowded Dubrovnik was ambling through the old city on the way to my hostel at 1 am, just me and the friendly cats in the normally packed streets.

And as I write this I’m staying for a year in Split, where I do the same thing late at night when I can’t sleep without any bother. I leave my things alone on the beach here every other day when I head into the water for a long, warm dip and a swim out to the harbor, without a single problem.

I’ve also experienced almost no street harassment at all in Croatia, which unfortunately is so common in most other areas of the world. Compared to the US, this is nothing. Even compared to the rest of Europe, it’s really easy to walk around here without getting any lewd comments or weird noises thrown my way.

It’s a freeing feeling – I can just walk around without worry, since I really have a strong reaction to street harassment.

Also, Croatian people are just very lovely. They’re not super-inquisitive or overly friendly in the way that Americans and Greeks and Irish people are (which is a thing I love about those three countries, tbh), but they are always helpful and polite and welcoming behind a little bit of reserve.

Related: How to spend three perfect days in Split, Croatia

Any time I have been lost, everyone is willing to help and kind and patient. That seems small, but when you’re a woman who has been traveling alone for a long time, it’s really great to experience.

Also no one will openly judge you if you shove a whole pizza in your mouth in about ten minutes because you’re spent the whole day swimming and are starving – and that is also very, very important to my lifestyle. And did I mention the friendly cats?

Is Travel to Croatia Safe for Women?

Check out the shiny beauty of Dubrovnik, wander the ancient Roman palace at the heart of Split, visit vibrant Zagreb, and see everything else this country has to offer women traveling alone. You’ll love it. 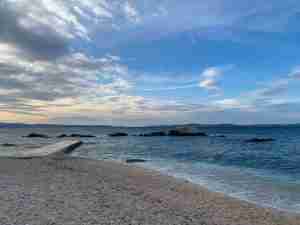 Planning a Trip to Croatia: Everything You Need to Know