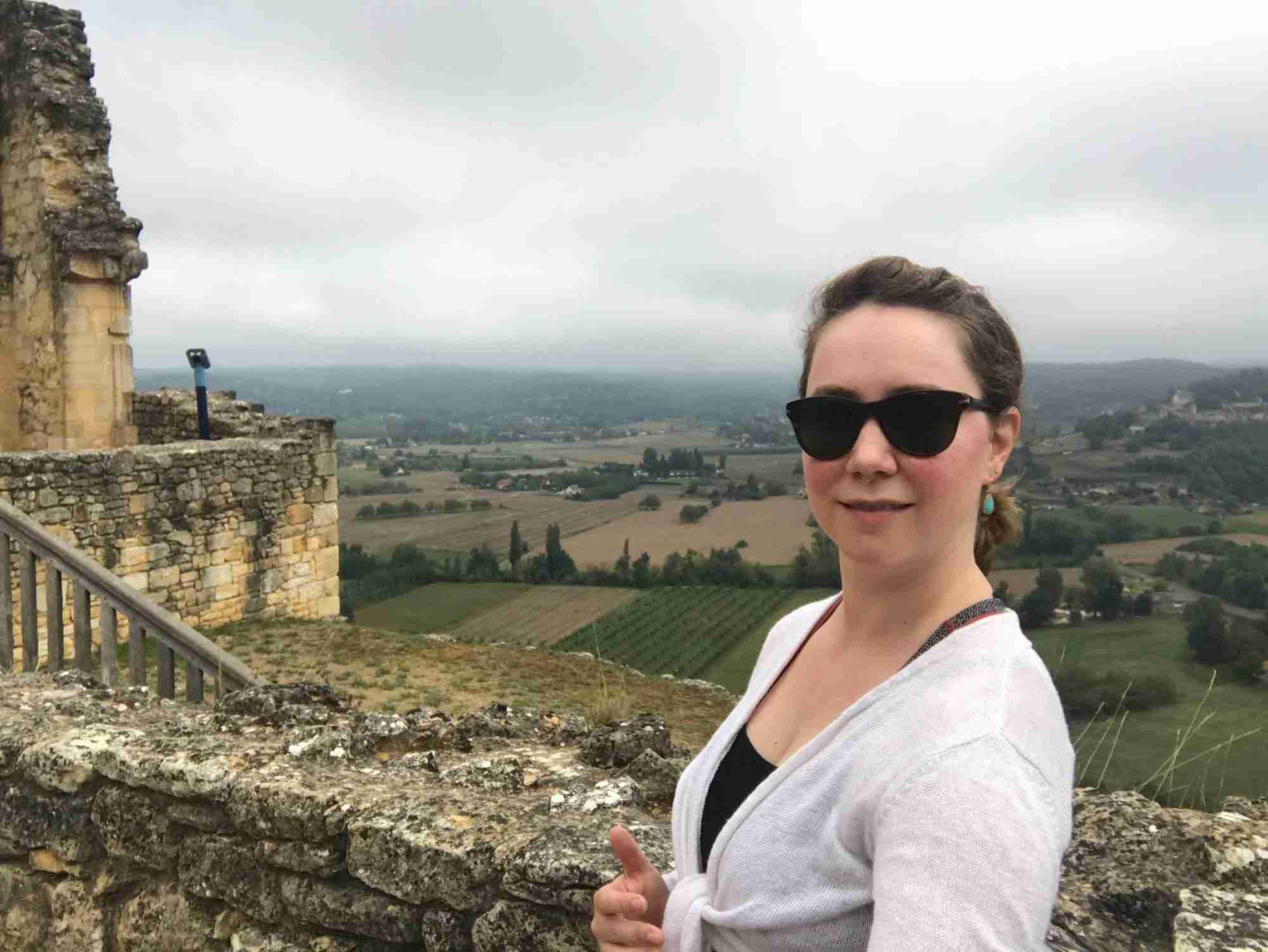 Today was my last full day in the Dordogne region of France.

It’s the France of fairy tales: castles perched on towering cliffs, rolling hills in the glowing sunlight, forests so dense with moss and ferns you can almost see Little Red Riding Hood around the corner. (And so much ancient history too.)

Driving alone through the Dordogne

To get around, I rented a car since most of the tiny villages are spread out. Initially I was nervous since I don’t drive much: I haven’t owned a car in 10 years.

But the roads here are actually fairly easy to navigate, even by myself. A few are definitely tiny (though not as small as rural Ireland’s country roads (nothing on earth is as small as those roads)) and the one time I drove after dark was un peu exciting, for sure.

But the French are pretty polite drivers who obey speed limits. I did get flipped off once for driving slowly on a sinuous country road and it reminded me of Boston, so that was actually kind of nice.

Navigating myself around was a great confidence-booster as well as a perfect way to sight-see. I am on my own timetable, I can stop off at any tiny village that looks amazing like Beynac, pictured above. I even had time to climb all the way to the top of the village, just on a whim.

My first night here I drove 45 minutes on tiny roads just to get to this restaurant, which is the best meal I’ve had so far. Don’t miss the excellent and picturesque Bistro de la Place, where I had the “all-duck” menu and then died of happiness. Be sure to make a reservation, as they’re always packed!

I did have to sacrifice wine while out, since those country roads require every ounce of concentration you have. But these views and strolls and meals? Worth it. Non, je ne regrette rien.

This is why solo travel is such a great personal development method: all the things you want to do, you have to figure out a way through the fear, the doubts, the people telling you solo female travel is unsafe.

When I’m zipping around between castles and cafes in a fairytale land, all those doubts fade away and I’m left with these views.