Staying in Europe Over 90 Days: How I Do It 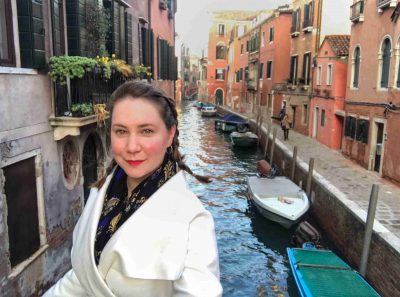 So you want to be a digital nomad in Europe. Great! Me too. But for Americans and most other non-EU citizens, this move comes with complications. Staying in Europe over 90 days is tricky without an EU passport.

That’s because of the rules of the Schengen Zone – you can only stay in most of the EU on a tourist visa for 90 days within a 180-day period. So if you spend three months in Greece, you can’t hop over to France, or Germany, or the vast majority of EU countries.

That’s a big cramp in the digital nomad lifestyle! So how can you stay in Europe for more than 90 days? There’s not one easy answer, and it gets pretty complicated to figure out the first few times you do this (legally, anyways). But with some careful planning, it can be done and you’ll have a great time doing it too.

What is the Schengen Zone?

It gets complex right from the beginning – but stick with me!

Here’s the deal – Americans and citizens of many non-EU countries, like Canada, can come to the Schengen Zone of Europe for 90 days in a 180-day period without having to apply for a visa if you’re a tourist. Sound simple?

I know. It’s a lot. But don’t worry, after a few months as a border hopper, you will have the Schengen Zone map memorized!

Related: What to Pack as a Digital Nomad

Pros and Cons of the Schengen Zone

The Schengen Zone is great in many ways – it offers border-free travel within it. That’s why you can hop from Spain to Portugal without ever pulling out your passport, which is fabulous when you’re on a short vacation. It’s also easy if you’re an EU citizen or resident.

And Americans and many others are eligible for an automatic 90-day stay upon arrival, no other requirements needed. We’re very fortunate in that way.

But if you’re an American who wants to live long-term in Europe without applying for a country-specific visa or residence, it’s a pain.

That’s because it limits your options for staying – since you can’t just head to another EU country to reset your time after chilling in Amsterdam for three months. You need to leave the whole zone, for a full 90 days, which limits your European options.

Related: How I became a digital nomad – and what I wish I’d done differently

What Not to Do to Overstay Your Schengen Visa

Are you thinking about just hopping over to a non-Schengen country for a few days to reset your visa time? That won’t work. The Zone operates on a rolling 180-day period. That means if you stay in Greece for 60 days and head to Croatia for 10 days, you can only come back to Greece for 30 days.

If trying to do this math on a rolling basis – it’s not in a calendar year – makes your head spin, you are not alone. Just use the excellent Schengen Zone calculator, which will soon become one of your most-visited websites as a European digital nomad.

You also might be tempted to try your luck in a place known as being lax on overstays, like Greece, Spain, or Italy. And sure, on departing from one of those countries you might get away with it, or just get a small fine.

But remember, the Schengen Zone is big and other member countries might notice that overstay on a subsequent visit and turn you away.

Please note: I am not a lawyer or immigration official and I have no advice on how likely that is. But you can definitely get barred from the Schengen Zone for years if you overstay. And since the Schengen Zone is 26 countries, that would REALLY suck for you. So I’d caution against it, especially when legal methods are available to you.

Related: The Basics of the Digital Nomad Lifestyle

How to Stay in Europe Longer Than 90 Days

Well, what are those legal methods, you ask? Again, I am not a lawyer and I honestly know very little about the options for non-Americans because, well, I’m American and I don’t work in immigration. But these strategies are what work for me.

First, keep careful track of your time in the Schengen Zone and know when you need to leave. Once your time is up, you can take the easy route and head to other digital nomad hotspots outside of Europe like Thailand, Bali, Colombia, and Mexico. (This is a great winter plan, as European winters are chilly!)

Problem solved – just stay out for 90 days and you’re good to go again.

Want to stay in Europe for more than 90 days? Then you need to study that Schengen map carefully. It’s time to find a non-Schengen European country.

Your Options for EU Countries Not in the Schengen Zone

Personally, in the summer I love to head to Ireland or the UK. Ireland is an EU member, but not in the Schengen zone and it allows Americans and many other 90 days visa-free on entry. That covers your Schengen reset. (And my brother lives there, so I’m very partial to that option so I can cuddle my niece and nephew down in West Cork.)

The UK allows six months without a visa, so you can really go hang there for a while. And with Brexit finally complete, it’s no longer part of the EU at all.

There are also several newer EU members that are working towards joining the Schengen Zone, but they haven’t been approved yet. These are the Balkan countries of Croatia (which I highly recommend as a digital nomad), Bulgaria, and Romania. Croatia will be in Schengen soon – probably 2023 – so that’s something to keep an eye on.

You can also head to the non-EU Balkan countries like Montenegro, Serbia, and Bosnia, which are lovely and inexpensive. Albania is gorgeous, the friendliest place I’ve ever visited, and it offers Americans and others the option to stay for a full year without applying for a visa or residency.

Or hit up the other options in Central/Eastern Europe that aren’t in the Schengen Zone, like Ukraine. Georgia is at the intersection of Europe and Asia, and also offers an option for Americans and others to stay for a year without getting a visa.

Related: How I Make Money as a Freelance Writer

Wondering how this really works? Let me draw you a map of my dream digital nomad life.

Then it begins all over again.

Note: I prefer to move slowly as a digital nomad, because with working it gets to be a bit much changing countries every month. You can certainly hop in and out of the Schengen Zone more or move around more – just be sure to keep on top of that Schengen Zone calculator so you know you’re set.

Living in Europe as an American

Being an American digital nomad in Europe isn’t simple, at least if you don’t have an EU passport or residency. But it’s really not too complicated to do it legally if you’re careful and stay on top of your visa-free time.

There are plenty of lovely countries outside of the Schengen Zone, and it can offer you an opportunity to explore them and see a new part of Europe. You can also apply for a long-term visa in several countries, which warrants an entirely separate blog post.

Without marrying an EU citizen (kind of a tempting option these days!), this movement pattern is one of the easiest ways to stay in Europe long-term – and didn’t most of us become digital nomads because we like moving around? I certainly did, so I actually enjoy using this strategy for the most part.

An American Digital Nomad in Europe

I know – this was a lot. I promise it all becomes much simpler once you’ve been doing it for a while. I have the list of Schengen and non-Schengen countries burned into my brain at this point, and you will soon too if you’re doing this a lot. (Also it’s a great bonding point when making digital nomad friends!)

It lets you live in Europe while experiencing corners of the continent you might not have visited otherwise – which is great.

Good luck out there! 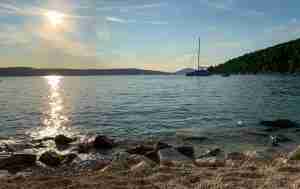