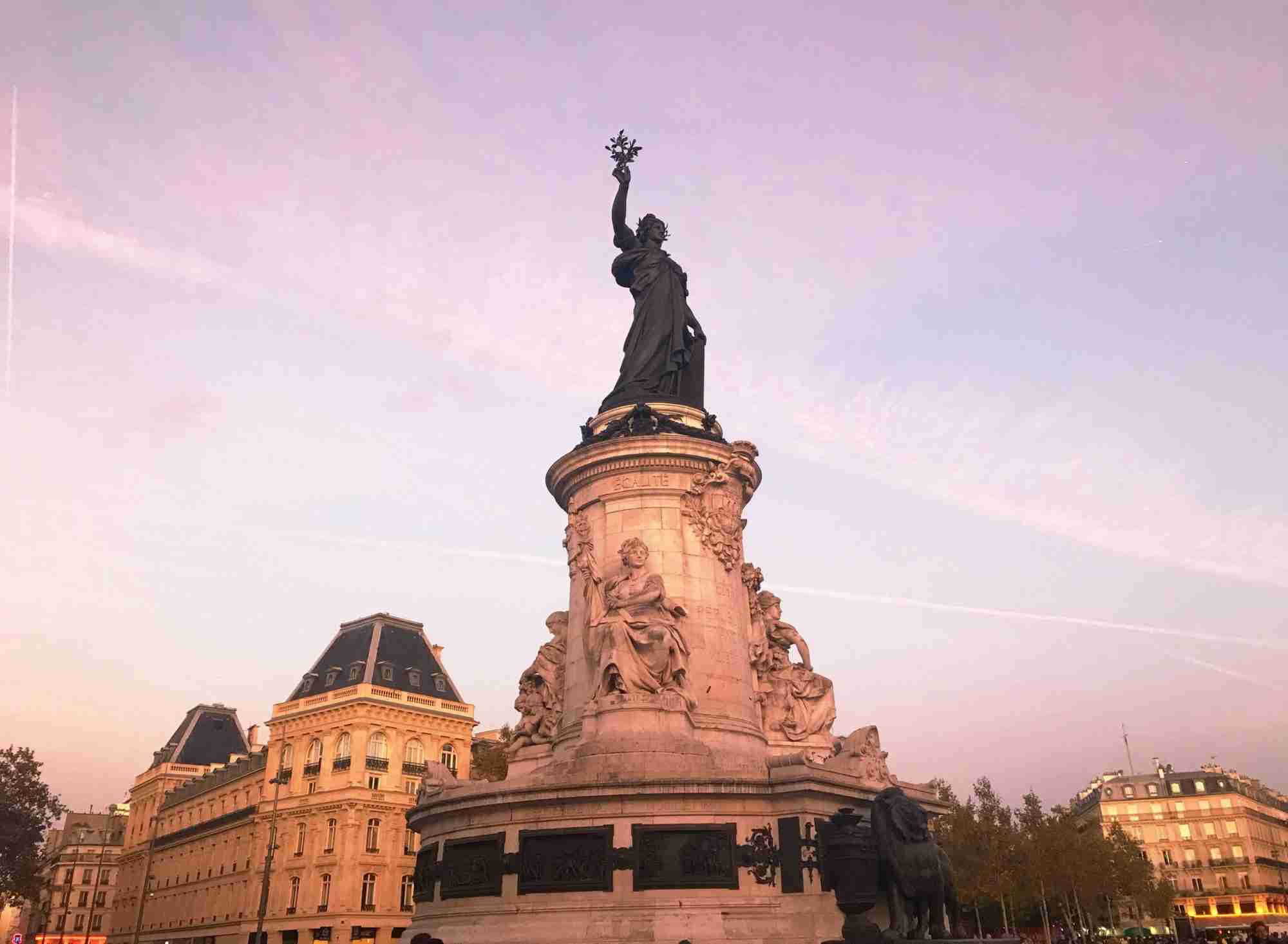 The best and also weirdest question: what does Paris smell like? Most Parisian women have a signature perfume. And their city does too.

I’m curious and and obsessed with smells and odd questions, so I think about this a lot. With a whole month in Paris to settle in and explore, instead of the quick visits I’m used to, I’ve been soaking in as much as possible. Paris is a city full of sights and sounds and tastes too, but… the smells stay with me the most.

Fresh-baked, softly sugary pastries from the corner patisserie. The yeasty smell of rising bread in the cool air. Cigarettes and coffee as Parisians prepare to face their day. Plump chickens roasting and rotating in the windows of the butcher shops.

If it rained in the night, it smells cool and clean and a little decaying, like damp just-fallen leaves.

More cigarettes from the terraces of sidewalk cafes, where it’s time for an apéro or dinner or post-dinner coffee. There’s no wrong time in Paris to smoke.

The slightly sour, sticky smell of old beer as you brush past the sketchy corner tabac. A faint, and occasionally overwhelming, smell of bodies jammed together on the Metro (Parisians are decidedly not into deodorant).

The whiff of subtle but expensive perfume as a slender, black-clad woman in a huge scarf with artfully messy hair slides past you on the sidewalk.

Petrichor and damp and more cigarettes furtively smoked under an awning. Bark and leaves and earth. Damp dogs as they parade through the sidewalks.

Thick diesel fumes from the cars whipping through the black puddles on the street. The occasional whiff of flowers fragrant with raindrops from the sidewalk displays of the florists.

The inspiration for this random question comes from one of my favorite beauty bloggers, the wild and wonderful Cat Marnell. In her celebrity beauty interviews (which I would link to but the site where she wrote them is dead, dammit), she always described it as the best and creepiest question: what does so-and-so smell like?

And celebrities aren’t just people, either. For the bargain price of €132, you too can know exactly what the Ritz Paris smells like, and fill your home with the same rich amber scent.

Smell is our strongest sense tied to memory. The smell of a just-lit cigarette is probably going to be for me what Proust’s tea-dunked madeleine was for him.